Questions and answers about 3Dconnexion devices on macOS.

The Spacemouse Enterprise has been very useful to me, but some of the button placement is hard to reach without having to take my hand off the control to press one. It would be nice to replace the top 12 buttons and screen with buttons like the ones the Stream Deck uses. Would be much easier to see and select. Also would be helpful if the other button's text was backlit.

There are a few other buttons that would be easier to reach in my opinion if they were moved to a different spot and maybe add two buttons to the top of the controller. I did a mock-up in photoshop of what I would like to see in a future version. 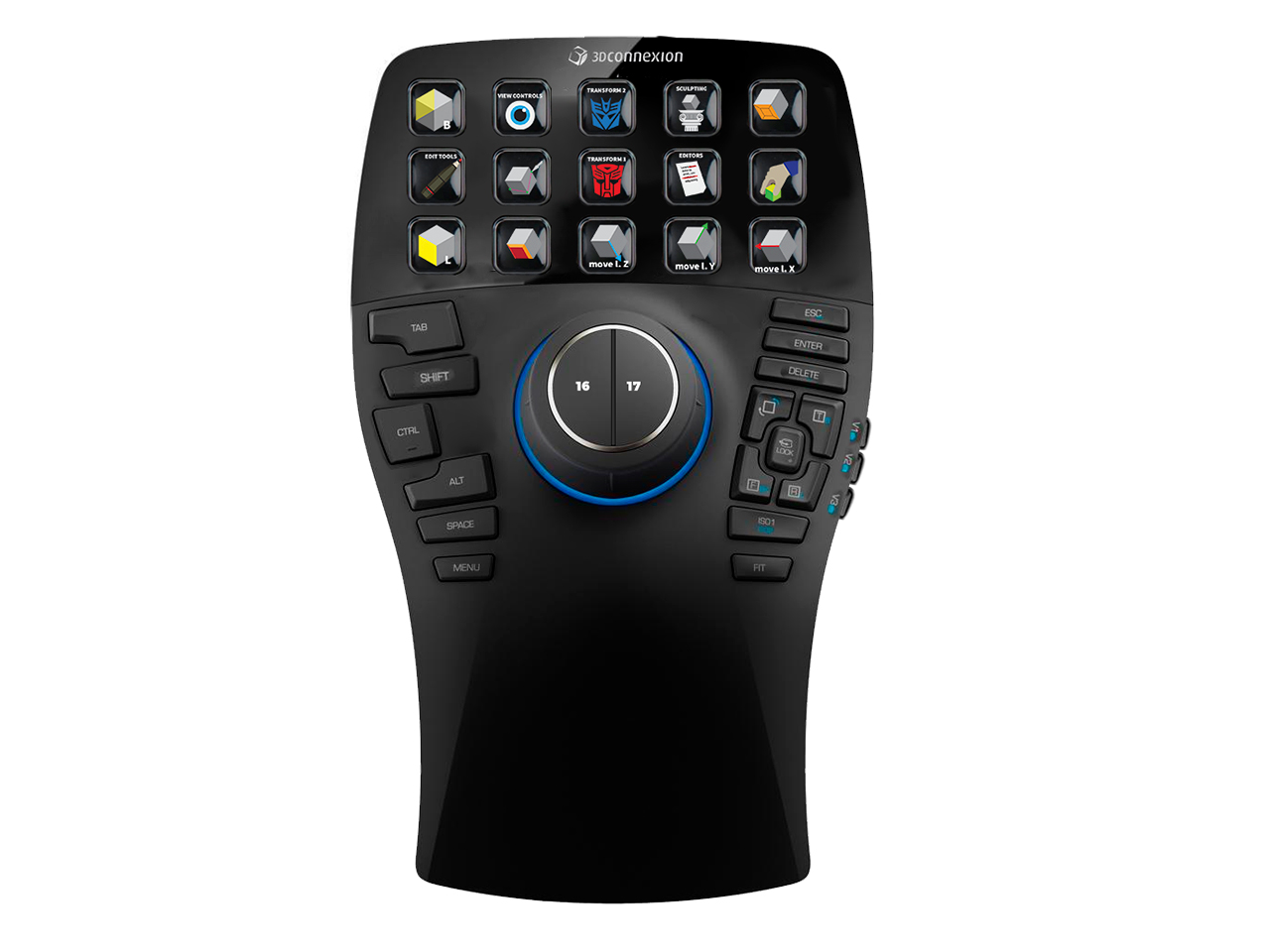